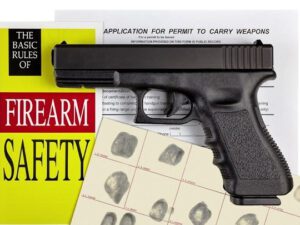 It’s another harbinger of a possible political wipeout for gun control-supporting Democrats who have pushed policies that fail to hold criminals accountable for their crimes yet punish law-abiding Americans. The Associated Press reported on a new analysis showing more than 1 million Americans have already joined the Republican Party. The shift is touching all areas of the country.

“It’s more so a rejection of the Left,” Ben Smith of suburban Denver said. Smith added he registered as a Republican earlier in the year in part because he “became increasingly concerned about Democrats’ inability to quell violent crime.”

The AP’s report looked at more than 1.7 million Americans who changed party affiliation in the last year. Two-thirds went to the GOP. Comparatively, about 630,000 registered as Democrats. A major problem for the party that pushes gun control and a “defund the police” agenda is that suburban voters, like Smith and others, are concerned about crime and their ability to protect themselves and their families. That includes legally buying a firearm.

The AP report states: “Nowhere is the shift more pronounced — and dangerous for Democrats — than in the suburbs…